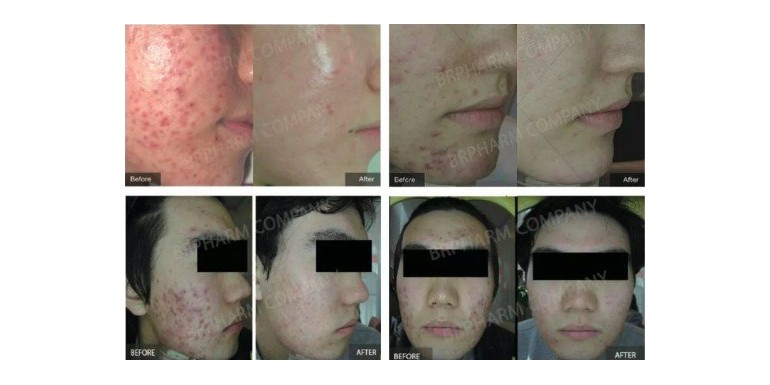 Photodynamic therapy (PDT), sometimes called photochemotherapy, is a light therapy involving light and photosensitizers. PDT has been proven to kill microbial cells, including bacteria, fungi and viruses. PDT skin is widely used to treat acne problems. This treatment is especially useful in cases of severe acne that do not respond to other treatments. PDT acne treatment also has effects on other skin conditions such as sunburned skin, precancerous cells and skin infections. PDT Photodynamic Therapy also reduces the size and activity of oil-producing glands on the skin, called the sebaceous glands. Excessive activity and inflammation of these glands can cause more severe acne. PDT photodynamic therapy is often more effective for inflammatory acne than non-inflammatory acne.

3. ROS has the effect of reducing the secretion of acne bacteria and sebum

4. After the influence of tryptophan, by-products rapidly decompose as amino acids are discharged through metabolic pathways in the skin.

5. It does not cause any side effects, no need to worry about redness, burning or tanning

Why not use chlorophyll ALA aminolevulinic acid component of photosensitizer?

5-Aminolevulinic acid (ALA), an endogenous biochemical substance produced by ALA dehydratase and a series of enzymatic actions to produce protoporphyrin IX (PPIX) with strong photosensitivity. The synthesis speed of PPIX depends on the picking speed of this product, and this product is regulated by the feedback of free hemoglobin concentration. The exogenous product can bypass the feedback inhibition system and make the cells synthesize a sufficient amount of PPIX. The acne containing PPIX is irradiated with 420-640 nm light, and singlet oxygen (-O2) is generated during energy transfer. When the oxygen reaches a certain concentration, cell death (phototoxicity) can be induced.

Side effects: When treated with ALA, there is no selective destruction of normal tissues around it, such as oxidized proteins, liposomes and other subcutaneous cell structures. Oxygen free radicals generated under the pathological conditions of this product overload will lead to Acute periodic porphyria. In addition, this product will cause the release of iron ions in ferritin. Which will aggravate the oxidation of cells, it will lead to acute periodic porphyria. Some people will have erythema and swelling. ALA aminolevulinic acid also causes pigmentation, which is an anti-black phenomenon in some people during the treatment.